When 7-Eleven comes to Myanmar, I want to use my experience to open my own store.

TH liked Japan and came to study the country and its language. Then he became interested in working at 7-Eleven. He tells us what the attraction was. 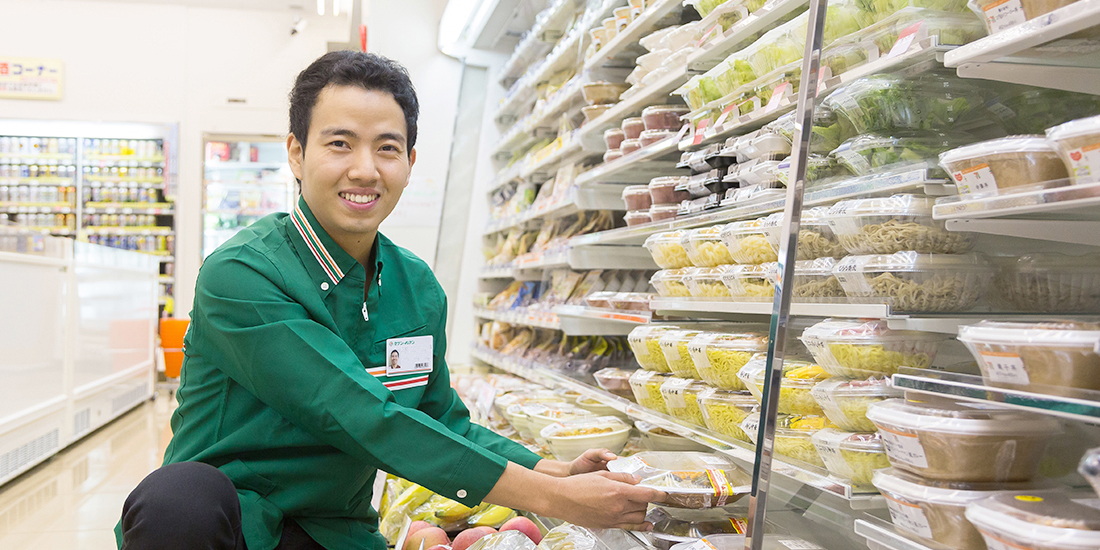 After studying psychology at a college in Myanmar, he decided to study the Japanese language in Japan. His ultimate goal is to work for a Japanese company in Myanmar where the economy is beginning to open up. For now, though, he wants an IT-related job in Japan.

I came to Japan to study the Japanese language and learn about the country. STORY.01

My arrival was about three and a half years ago after graduating from a college in Myanmar. The reason I chose to study in Japan was because I was interested in the country and wanted to learn its language.

Many Japanese companies are now starting businesses in Myanmar and I want to work for one of them someday. This also motivated me to visit Japan.

My first job in Japan was at a Japanese style pub. About two and a half years ago, I started working at 7-Eleven. One of my Burmese friends told me it was a pleasant place to work. While attending school, I work from 5:30pm to 11pm on Tuesdays, Thursdays and Fridays, as well as from 8am to 4pm on Sundays. Handling both work and school is no problem. 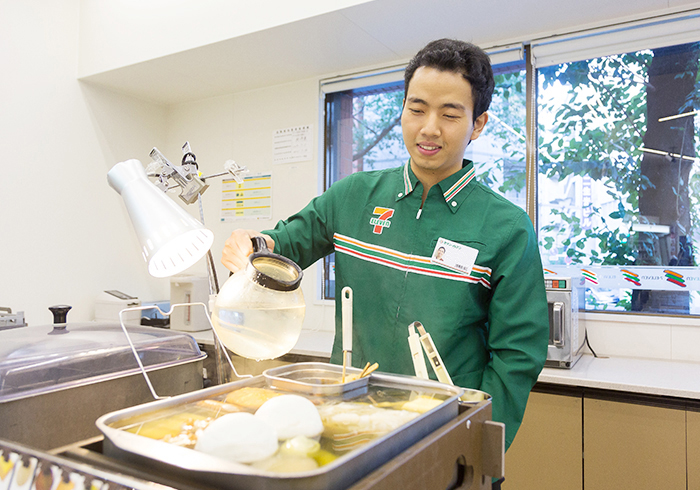 I'm learning both Japanese and management at 7-Eleven. STORY.02

I think 7-Eleven is a nice place to work. It has a good reputation among fellow international students. The manager taught me clearly and politely.

The manuals for foreign staff helped me a lot, as I still have difficulty using the Japanese language. After about six months, I became able to handle tasks like cleaning, cash register checkout, food quality management, restocking goods and ordering. Working at 7-Eleven is really interesting, especially ordering, which I studied.

For example, we ran out of this product last time, so I'll order more this time. I'm happy when the products I order sell as well as I predict.

I also like restocking shelves and organizing things neatly, which I consider a refreshing task.

I made lots of Japanese friends! STORY.03

One good thing about working at 7-eleven is that I learned some practical Japanese. I often greet customers and describe products to them. One customer encouraged me by saying 'Working in another country may be hard, but try your best'.

I think I learned more at 7-Eleven than I did at school. I didn't only make friends with Burmese, but made friends with Japanese who sometimes join me for dinner. Japanese food is so delicious, but I don't really like sashimi. Eating it in Myanmar is unthinkable. In the future, I want to return to Myanmar and get a job related to Japan.

My ultimate dream is to run a 7-Eleven store. When 7-Eleven comes to Myanmar, I want to use my experience and open a store there.

Owner's comments As the owner, what do you think are TH's good points?

TH is a leader who not only works hard to fulfill his own tasks, but instructs his colleagues. When new foreign staff join us, he spontaneously instructs them so they can work with confidence. He made lots of friends through the job and often hangs out with them after work.